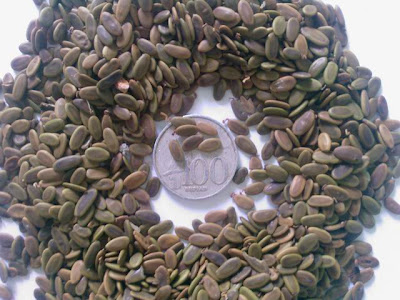 Sengon cultivation is a program that was initiated with the aim of improving the community’s economy, rapidly. Even the Directorate General of Forest Utilization, Ministry of Forestry of Indonesia, agreed sengonisasion program into a national program. Without least affecting role of the oil palm, rubber, as other plantation items.

Moreover, for example, lessons for decades, other major plantation system, proved the most part the people of Indonesia just a laborer and remained poor only. It is also the background for the Director General of Forest Utilization, Ministry of Forestry of Indonesia less agree with increasing the company Crude palm oil (CPO) in Indonesia.

SENGON is not damaging, sengon is also a plant that great natural benefits, both the people manager and the surrounding natural environment.

FOR the District of Kepahiang – Bengkulu and surrounding areas, investment sengon was better considered and have bright prospects. As sengonisasi national pilot project, which is driven by APKASI (Association of District Government of Indonesia), Kepahiang District has established good relations with some countries that have a definite market opportunity, and the potential for sengon. Such as china and Europe.

On the other hand, the existence of APKASI which is expected to take an active role to build Indonesia’s economic system is healthy and well, have high hopes of sengon cultivation sector. It is also the background in order to developing sengon in every Regency in Indonesia.

Aware of the condition, Drs. H. Bando Amin C. Kader, MM. Regent of Kepahiang, as well as Head of Regional Potential Development APKASI, see huge opportunities and potential that should be developed nationally. For that, he was with APKASI, began to build a wood processing stages in all regencies in Indonesia. And involving the University Dehasen and UNIB for research, and supported dissemination. It begins in Kepahiang Regency, Bengkulu Province as a Pilot Project.