Overcooked 2 Review – If you’re looking for a game that is easy and entertaining, then Overcooked 2 can be an option to consider. Don’t worry, this is not an ordinary cooking game where players just need to cook. But this game provides challenges and obstacles that will make your day fun. So, what is this game about and how do you play it? so you can follow this Overcooked 2 Review game

Overcooked 2 is the sequel game from Overcooked, but with more improvements. In this game, other than cooking, players must also set the kitchen that can be located anywhere. They must also coordinate with the people in the kitchen so they can deliver a great meal to the customers. Sounds easy right? But wait until you increase your level to get more obstacles and challenges.

The first version of Overcooked was very popular and played by many people. With this success, Ghost Town decided to release a new version of the game but in a more advanced series. In this game, players will not only play cooking but also face challenges that will never make them bored. However, many of you must be asking, what is the difference between the first and second versions of Overcooked?

Well, the first improvement they have in this second version is the feature. There are plenty of new features that are only available in Overcooked 2. One of them is being able to throw ingredients and foods when you cook. This may be simple, but while playing you will feel the difference and happiness.

Another great thing about the newer version is they have a longer time for the game. This is great for those who don’t get satisfied easily and want to play longer. So, no blaming if you get too much fun after playing this game.

The next thing that is also only available in the newest version is online playing. In this version, players can play both online and offline. With this additional improvement, people can keep playing anywhere and anytime they want.

How to Play Overcooked 2

If you haven’t heard about Overcooked 2, then you should at least know how the game is in the Overcooked 2 review. So, whether you are playing alone or with your friends or your wife because this game is the one of best ps4 game to play with wife, choose a chef of your choice. Then, you will be divided into groups where you’ll have to work together.

In Overcooked 2, you’ll have to complete as many orders as possible with the given time. At first, the time given will be quite long but as you go higher, the time will be shorter. And of course, with more challenges and obstacles to make the game fun.

Once you receive an order, there will be a button that will show colors of lights such as red and red. When the light turns red, it means that the customers are becoming impatient. If this happens, then it means you must hurry before the order expires.

After receiving what the customers want, players must prepare all the ingredients correctly. This includes cutting the meat, chopping vegetables and frying the fish. When all the cooking is finished, plate it together. Finally, put the plate on the conveyor belt to complete the task. As it is a game, players will receive a recipe for each order they get.

Remember that you’ll have limited equipment in the beginning, therefore you must make some strategy. However, you can get more of them if you upgrade your levels. And don’t forget, one of your tasks is also cleaning and washing the dishes.

Overcooked 2 Review – Tips on How to Win the Game

Regardless of being a challenging game, the main key for Overcooked 2 is to not panic. Even though it can be chaotic, keeping calm is the key to finishing the challenge. To help you get used to the rhythm of the game, it is best to start playing from the start.

If you decide to play this game in groups, don’t forget to communicate. There are many tasks available, so make sure everyone is working on something. So, before starting the game, take a moment to look at the jobs available. Then, sign them out to each person, so it won’t get chaotic in the middle of the game.

One of the main ways to win this game is by finishing all tasks. So, when an order becomes red, make sure to finish that first. Try to finish all yellow, orange, and red recipes first before going on the green ones. This will help you from losing the orders and failing the task.

During this game, players usually forget to do their dishes, therefore they get overwhelmed when they run out of plates. So, make sure to give someone the task to do this not so important task, but will be important later.

For game lovers that are looking for some and challenge, then this game is one on the list. The first version of this game was a blast in the market, so it is not surprising if this version will also be a success. If you’re curious why you should play this game, here are some reasons:

One of the great things about this game that the company always improves is the graphics and artwork. In this version, almost all the characters and objects are made with more details and better quality. For example, the equipment they provide in this game is more complete and detailed. This will help your cooking process in more detail but complex too.

The only thing that they haven’t upgraded much is the player’s character in the game. In this version, they use the same square picture to show the characters. However, it doesn’t bother me too much, so it is still great to see.

If you’re a person who loves challenges, then this game can be a challenge for you. The challenges that occur don’t only relate to the cooking process but also the setting of the kitchen. Sometimes you’ll have to find ways to cook on the river or beach. But at other times, you’ll have customers that need to be served fast with high demands.

Therefore, this game is not boring at all because the challenges will be harder at each level. If you’re a new player then you can start learning from the beginning.

Another E meaning from the rate is playing it in every gadget. Because players can play this game through their PS, Xbox One, Nintendo Switch, and PC. You can buy a cheap Nintendo switch game or PlayStation 4 video game at the online video game store gdgames.com.au

Cooking in this game feels like being a real chef. In this game, you will feel the pressure of cooking in a real kitchen with limited time, space, and process. Every food you cook needs to go through a detailed process before it can be served to the customers. So, be prepared to cut the onions, boil the vegetables and do some plating.

If you play with your friends, you can divide the tasks and challenges together. However, your score is individual, so you must play your best to achieve high scores.

The interesting thing about Overcooked 2 is not only the game but also the various characters they provide. Players can choose from different kinds of characters that will present them in the game. Even though the artworks aren’t the best, it is still fun to choose from.

Playing games online doesn’t always have to be expensive, especially for multiplayer games. To play this full edition, players don’t need to pay an expensive bill because it is available for below $500. Compared to soccer games, this is surely affordable and great to purchase.

7. Fun Playing Alone or With Friends

PROS:
+ Suitable for those who like challenging games
+ This game is rated E
+ This game feels fun and challenging
+ the various characters you can choose 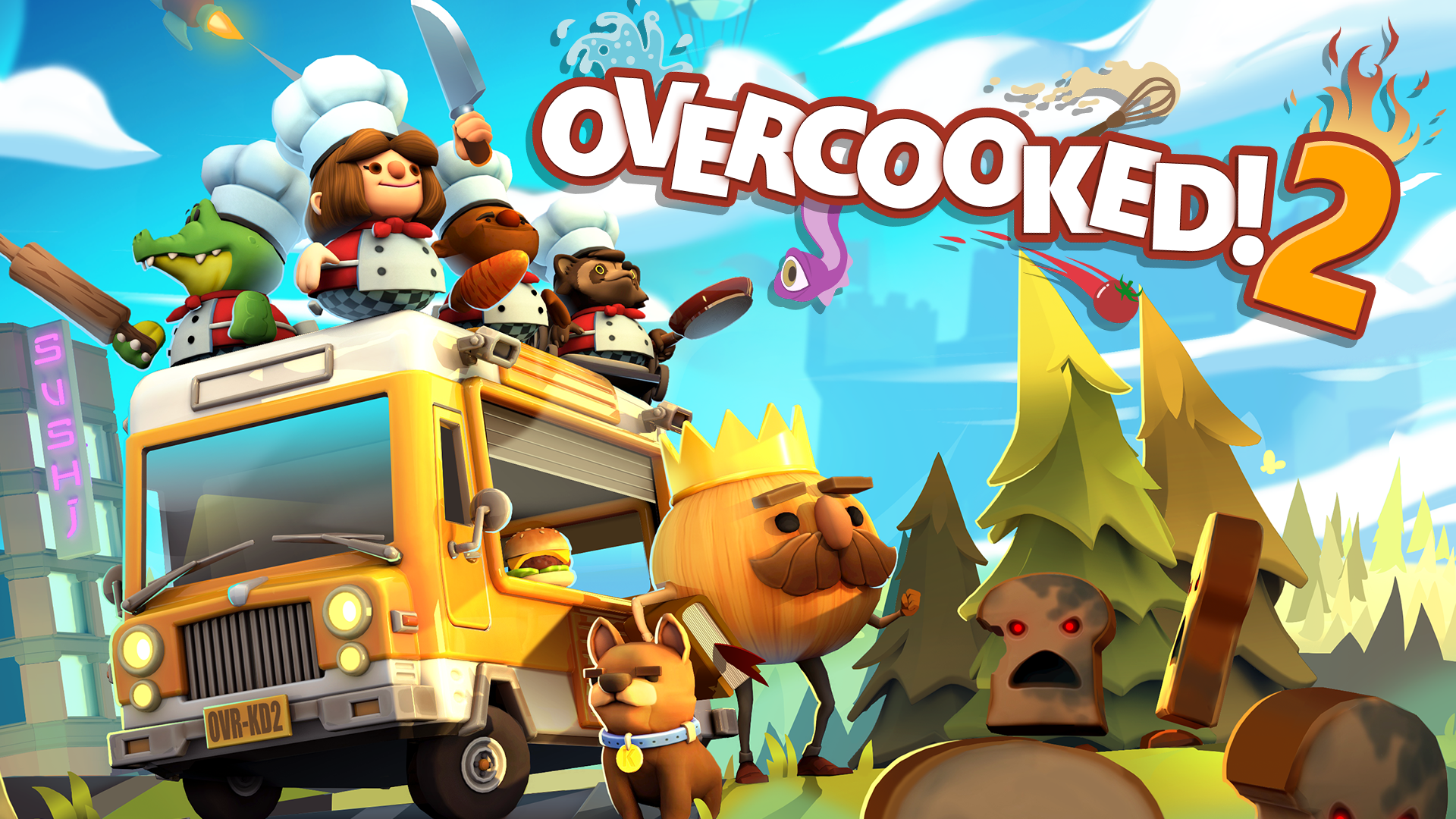 So, if you’re looking for a simple game that can be played by everyone and all gender, try Overcooked 2. Despite being a cooking game, boys and even kids can play the game with you. Just don’t forget to do the dishes too while playing the game.